Hi guys! I am back again for some updates on my current project TRUTH. I’ve finally finalized the game’s logo design and general UI look and feel. After a lot of prototyping and brainstorming, I’ve finally settled for a neoclassic + light grunge mood, evoking stone and rough textures against a dark background. 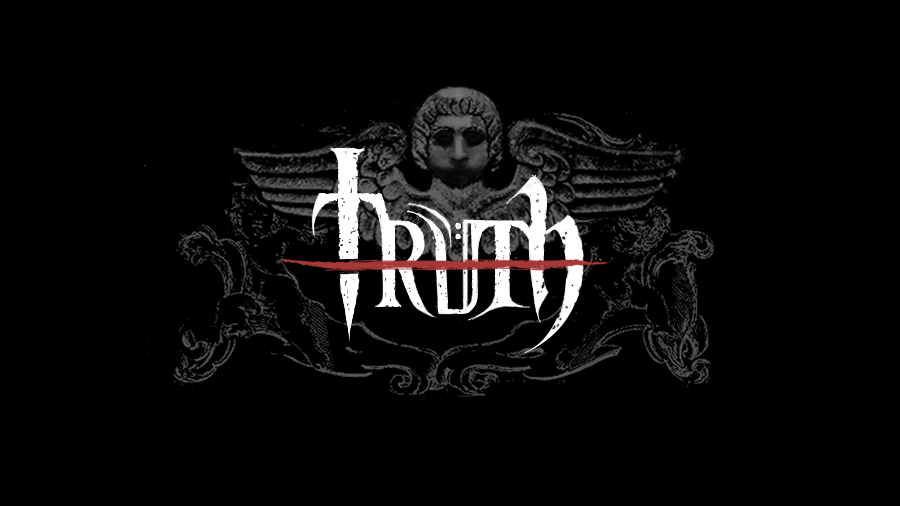 I know it took me such a long time to finish only the UI, (I was also still writing the chapters for the game), but being a Graphic Designer myself, I tend to put a lot of care into GUIs (being an anxious perfectionist also helps ehehe). Interface Design is one of the most important aspects in a game’s overall impression, imo. It is so subtle, almost invisible, that most people tend to overlook it, unfortunately.
The logo type is a combination of the concepts “Dagger” + “Musical Notes” + “Occult Runes”
In my in-depth $5 article on Patreon, I will discuss my step by step thought process for brainstorming the aesthetic design of a game, from conceptualizing to prototyping. I’m hoping it might be interesting for you guys to learn more about it!
Some more things I have finished this month are the following:
– Character Sheets submitted
– Demo chapters 80% finished
– Finalized Gameplay Mechanics
– Brainstorm unique symbols/runes to be used in the game
Anyway, this is just a quick update. I might have more art to show after a few weeks, since I’ve finally submitted the character sheets and our artist is already working on the characters (they look amazing! I’m so excited to show you guys the character designs!) I’ll also update the UI screens as I finish them, so expect more of that soon!
That’s all for now!