Heydie ho! A fresh start always feels good, but nothing is a better feeling than completing projects! Let’s make 2018 the year of game completion!

I’m putting a lot of effort into The Black Beast’s story at the moment, keeping in mind very valuable user feedback from the demo. I’ve updated some of the choice routes and added more puzzles, among other coding fixes.

My favorite update in TBB is Nue’s mask section. I updated some of the masks, as there would be the option that allows you to chat with Nue’s masks after completing his route. 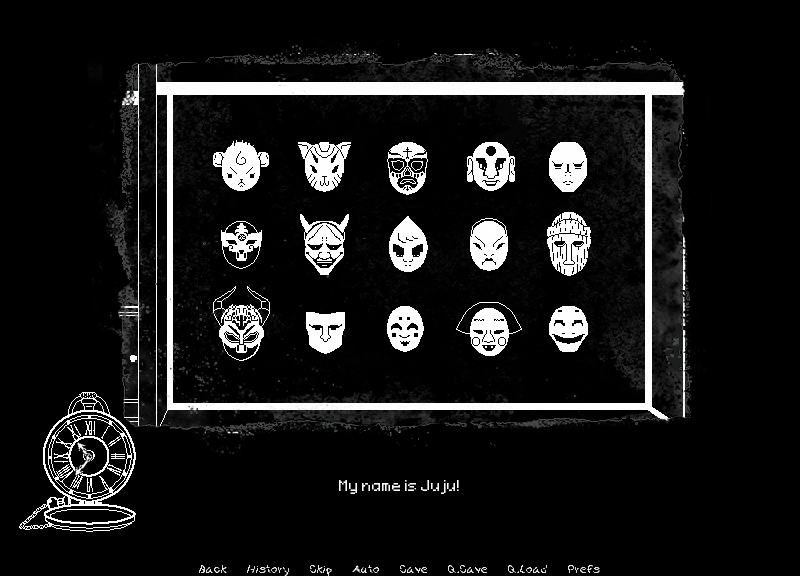 A lot of people really enjoyed the tiny tales you collect in the game so there would be a lot more of that in the final version.

One of the biggest critiques I received for the game was the lack of “urgency” and the absence of the “beast” in the game. Since this game was made in a month, I wasn’t able to design a game mechanic that would take it into account (I’m honestly having difficulty with that since I came from a story-making background heehee~), but I think once I crack that, everything will fall into place.

Truth is undergoing a couple of rewrites, since there are some early draft feedback about the story as well. I will hold off updates on Truth until the main art is done. Actually, here is a tip for beginner indie devs like me. It’s better to market your game when your art assets are already done! It sounds like common sense, but seriously, I did not have any idea that you’re supposed to do it like that. I was starting to market Truth too early, and hence there wasn’t a lot of interest! I read a very nice article about it, and it made me slap my forehead in a “D’oh!” moment. Here is the article for anyone who’s interested.