My, this week whizzed by so fast! I barely noticed that it was already Thursday and time for another update. So how are you guys? Halloween is almost around the corner so I guess everyone’s busy with holiday preparations. Have an awesome time!

Good news! ColaCat, editor extraordinaire from Who is Mike and Cupid is officially signed into the project as part of the Writing Team. She has helped tremendously in developing certain key scenes in the story, along with suggesting some well-earned extras for the game (*wink wink*). ColaCat has, after all, come up with gem that is Gilly’s Secret Journal ala Mean Girls in Cupid! Here at Fervent, we take our in-game bonus content seriously. 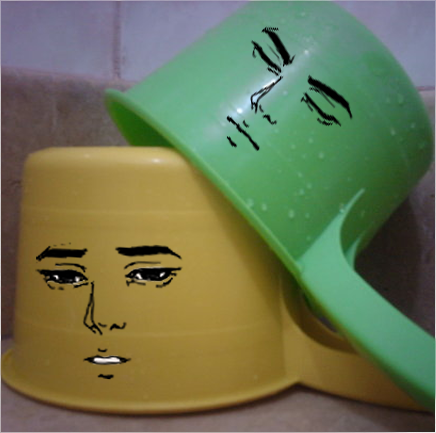 Suffice to say, the extras in TRUTH:VN are going to be tres magnifique!

Jokes aside, I’m still continuously honing and shaping the story as we speak. I’ve spent the last week frying my brain coming up with interesting twists that won’t insult everyone’s collective intelligence (at least, I hope? ;v; It’s really hard to write characters that are supposed to be smarter than you are… OTL I don’t know how Gosho Aoyama does it in every single chapter). Ah Thrillers… Always with that awesome twist, eh? Does the twist make the thriller? I wonder. See, if you force it too much, you run the risk of being a smart-ass cheese machine.  I guess I just have to try my best!

Anyway, it’s my goal to have a working demo up before the year ends, so I’m praying it all comes together in a satisfying enough manner . ∩(￣□￣#)∩

I did promise last week that I will introduce our two lovely ladies, Glasseye and Abel. So, here they are! 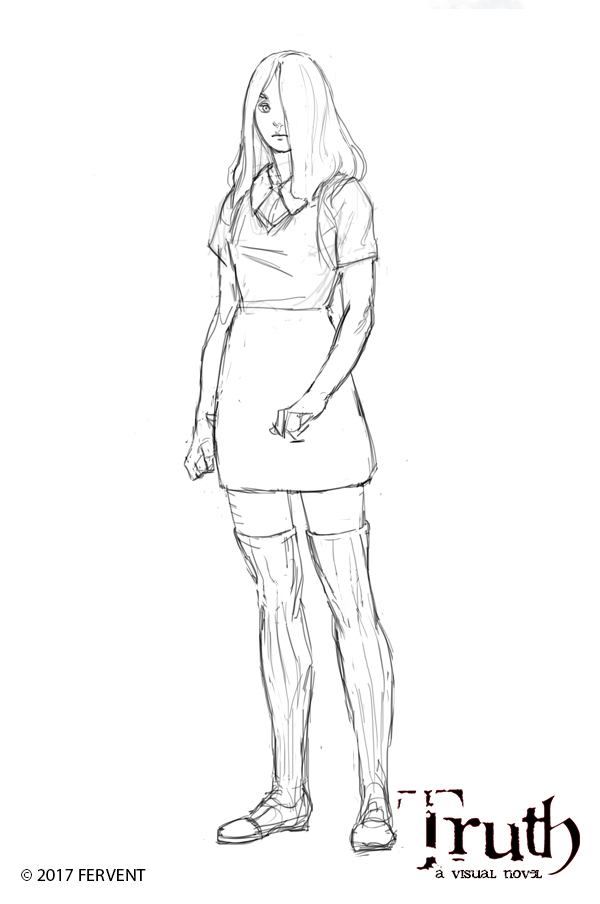 Glasseye is a genius, a grease monkey and the most straightforward character in the game. She only speaks if necessary, only acts when imperative. It’s no wonder that her name’s origin is frank and direct to the point. Glasseye wears a glass eye. This key detail might be a clue towards the truth that you so desperately seek… Or not. Beware, her candor might be misconstrued as honesty. As you will learn, that is not always the case. 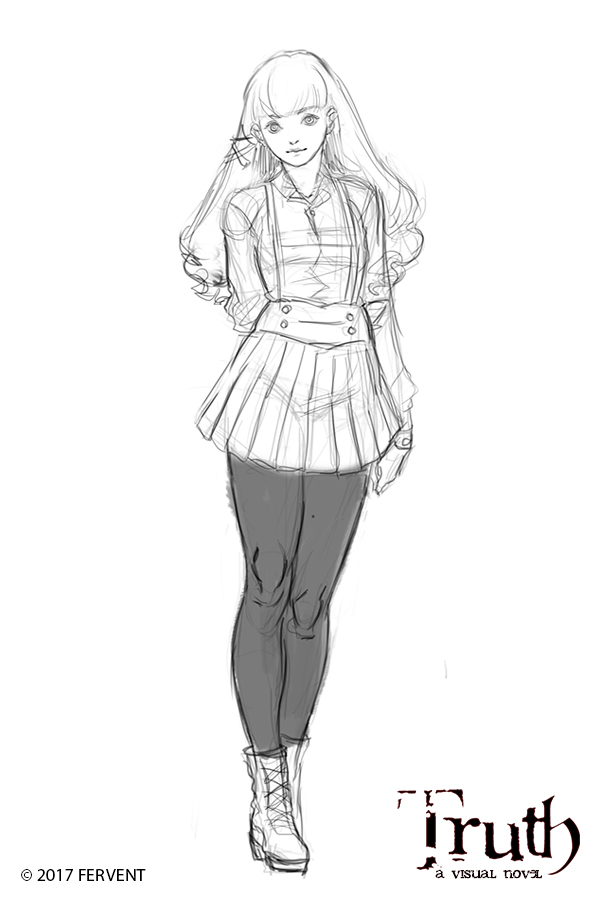 Abel is all sugar and spice with a dash of crimson. She seems to be the most experienced with the occult, and most capable at helping you out. But you’d have to admit something about her is just… off. Her codename comes from the titular siblings, Abel and Cain. Her offers are sweet and delectable, the best of the bunch. She certainly knows how to woo a deity for favors. But a human with such dark deference will have ulterior motives deeper than any of the others. Will it be in your favor to trust her?

These two characters are once again, very much different, in personality, style and goals. They will both offer you something you need, heavy with each of their own consequence and mystery. Which one will you take? Which “truth” can you bear?

Next week, let’s talk about some notes I’ve picked up while writing thrillers (maybe you will find it useful). I’ll also post some of Hidari’s poses.

Drop by again next time!